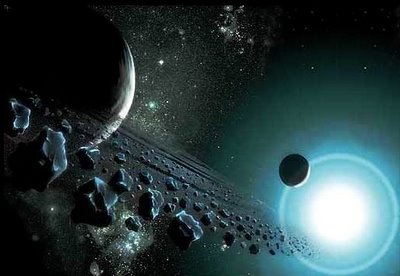 The Orionid meteor shower will peak early Sunday morning across the United States, as the earth crosses through a cloud of debris thrown off Haley’s comet during its 75-year-long orbit around the sun.

The best time to look is before sunrise on Sunday, Oct. 21. That’s when Earth encounters the most dense part of Halley’s debris stream. Observing is easy: Wake up a few hours before dawn, go outside and look up. No telescope is required to see Orionids shooting across the sky.

If you live in a light-filled city, or if cloudy weather ruins your chance to see the show, NASA is providing a streaming video feed of the shower (from 11 p.m. on Saturday night to 3 a.m. Sunday morning) via a camera mounted at the Marshall Space Flight Center in Huntsville, Alabama.

Orionids appear every year around this time when Earth orbits through an area of space littered with debris from the ancient comet. Normally, the shower produces 20 or so meteors per hour. The past few years, however, have been much better than usual.